Marta starts her training with Rhythmic gymnastics. Aged 14, she even holds the title of champion from the Spanish team.

Her eagerness to learn and progress as a stage artist allow her to put into practice, quickly and anywhere in the world, her many years of dance, acrobatics and aerial training.

Marta works with well known business such as Cavalia, she performs in special events with Cirque du Soleil and Franco Dragone. She takes part in several aerial acts as choreographer for various European companies.

Marta likes to be featured on advertising ads, like to be a model and participate in television programmes as a dancer, acrobat or both.

In 2010, Marta joins the Farfadais for various events. Today she is our team’s captain on ‘THE ONE Grand Show’ in berlin, where she excels in her field: The Aerial Silks. 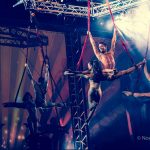 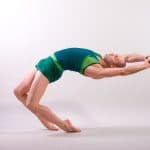